its horrible, i don’t remember where i left off with the last entry, but im guessing it was somewhere around early March when i was on the road. that venture was short and not so sweet, and i found myself back home about 2 weeks into it. i shortly thereafter began doing pa work on HGTV’s Design Star that was filming in Hendersonville. the first weekend of april, daniel and i took the kids up to cincinnati for a “grandparent summer camp” of sorts. Nohea my cat is staying with my parents, and mulder my dog is staying with my step mom’s parents until september or so, whenever we get a new place to live.
shortly thereafter i got a waking pone call from my mom saying that my grandmother had had a stroke that morning and was in route via air care to a hospital in Lexington, KY. a day into it, we were told that it was not life threatening, thank goodness, but she just this week went home. at first she went blind and paralyzed on her left side, and couldn’t swallow. now she has regained feeling on the left side of her body and can walk short distances with extreme aid. the left side of her face remains paralyzed and she still has trouble swallowing and is now on a strict pureed diet. her eyesight comes and goes but i think its mostly shadows and blurs for the moment.
i continued to work on DS3, and about 2 weeks later daniel got really sick. a few days after a dr’s office visit and abdominal x rays, we were told that he had H. Pylori, a stomach bacteria that he most likely got in Europe (in AUGUST) and caused ulcers, internal bleeding, and when left untreated is linked to a few different kinds of cancer. the treatment started as soon as we found out and consisted of 2 weeks of 3000mg of 2 antibiotics a day plus 2 more medications a 2-4 times a day. treatment was nuts and drained him (and me), but this Saturday he finished up and is starting to get all of his energy back.
in the midst of all of that, i was trying to move out of my apartment and put most of it in a storage unit, and the rest into daniel’s parents house where i am now living until we get married, or get an apartment or house that i can live in until we get married.

SO, now mostly everyone is mostly healthy, i haven’t had a job for 3 months, i’m living in someone elses house and i miss my kids. God is good as i am somehow still paying the bills that i have and hopefully the job situation will be addressed and fixed in the next few days. i have an amazing family unit around me and i wouldn’t have it any other way. 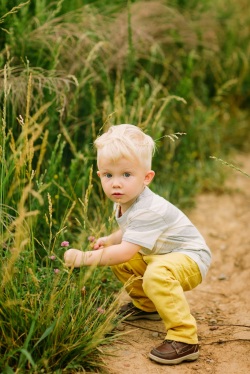