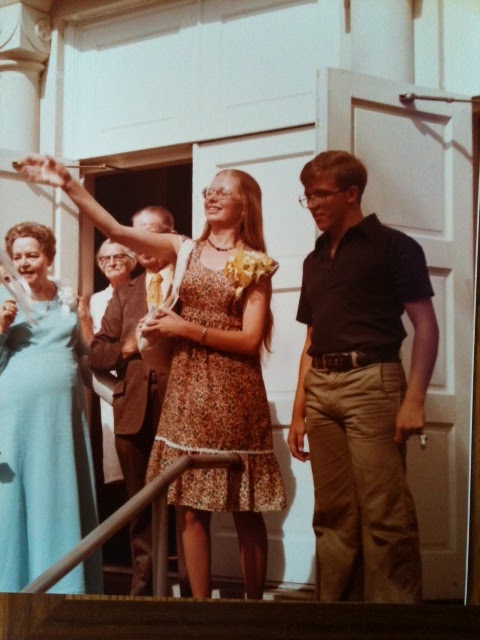 how adorable is this picture? these are my in-laws, at the ripe age of 18, leaving the church just after they were married. my father-in-law was in the Navy and they had to leave for Florida that very night, so this is what they were wearing for the long drive as newlyweds. 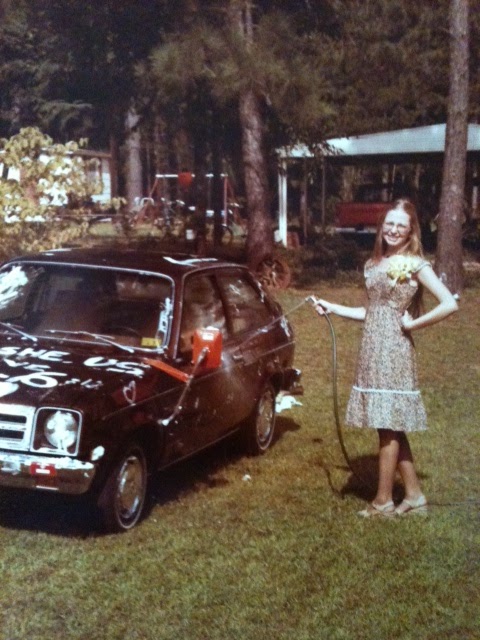 i’ve been shown these pictures before – with my mother-in-law raving about how skinny she was and going over the memories of her saving up for, picking out and buying this dress to wear for her first day as a Mrs.
Now – just so you know, she saves nothing. I mean, she scrapbooks, but that’s about it. They moved so much when my husband and his older brother were growing up (as Navy and pastoral families do) that they perfected the form of getting rid of the un-used.  I was shocked earlier this year when they were cleaning out a section of the attic and found G.I. JOE sets the boys used to play with. 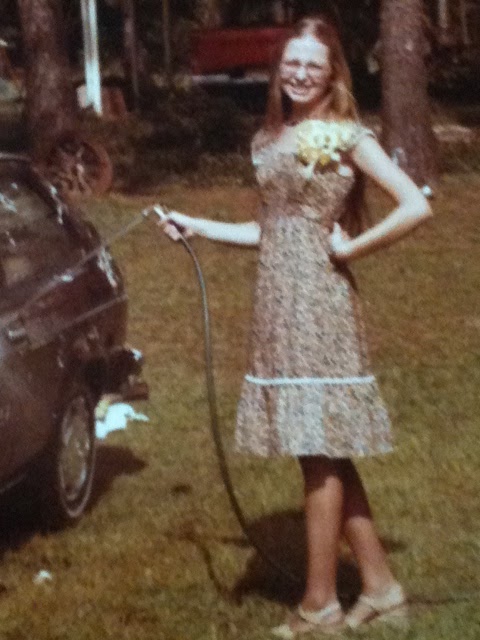 Then, she brought down this dress. In perfect condition, stored for almost 30 years – just as beautiful as it was the day she first wore it – and she handed it to me telling me to try it on.
I can’t begin to tell you how perfectly this dress fits me – and i can’t begin to tell you how special a moment it was for me when she told me that it was mine.

this is, by far, one of the coolest things i’ve ever been given. it might even fall into my ‘most cherished items’ list – you know, the things that you’d grab first if the house was burning down  and everyone was out safe (side note – i’ll have to share that list with you some day). i’ll be sure to take a few pictures the next time i have it on!
var u=93812; var vsbl=0; var l=”; document.write(‘‘);