Skip to content
yes. time is FLYING. i’m not ok with it at all (well, i can be for 2 weeks, but that’s another story).
oliver is already a month old. we’ve been at it for over 4 weeks now and every day still has moments that feel so new. we’re still learning each other but it feels like we’re such old friends. i’m totally loving this new life (and loving it even more on the rare nights that we get 6 hours of uninterrupted sleep). 🙂 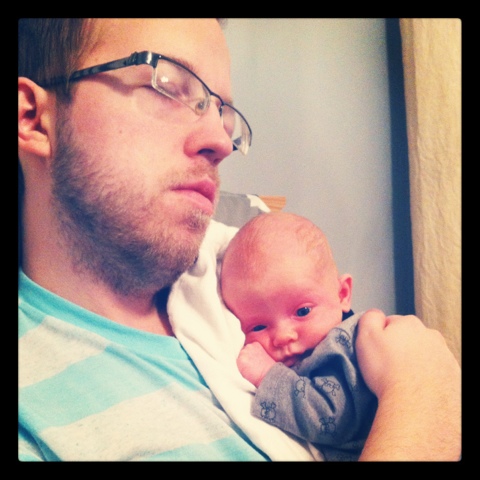 i can see oliver changing a little every day. he’s crazy strong and has been since day one – holding his head up for long stretches and pushing himself off things with his legs; that and he’s got a pretty strong left hook. his newborn clothes are fitting a little tighter…his cheeks are filling out…there may or may not be a roll forming on his thighs. 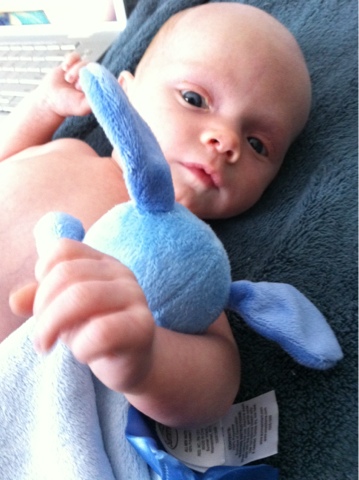 he’s working hard on smiling on demand. he cracks a few mega ones while he’s falling asleep, but this last week or so he’s flashed a few in response to us. burt got his first one last night via facetime; this kid is gonna have technology down in no time.
he’s also working on finding his voice. we’ve had a rather extensive story time the last few days; he’s going to be quite the chatterbox here soon. 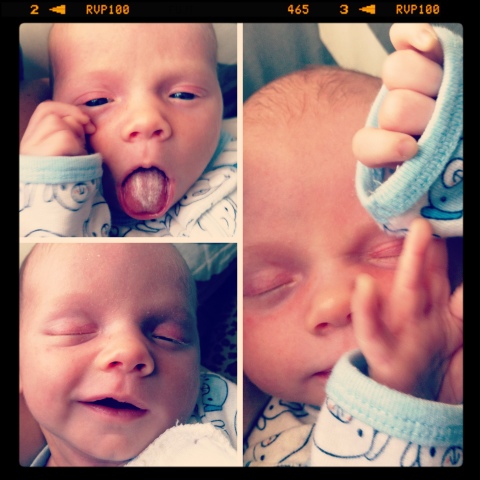 we have an app that we use to keep track of his schedule and i found the “overall data” section the other day. HOLY COW. it’s crazy to see the last month in numbers. we’ve gone through 221 diapers, 216 bottles (for a whopping 3.8 gallons of milk – that i’ve spent 28 hours pumping for), and he’s slept for 406 hours. 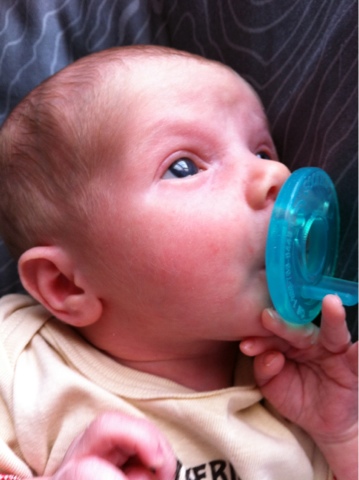 i don’t have any current height/weight stats just yet; his next checkup isn’t until 2 months. he was 6lb, 11oz at this 2 week checkup, so i’m sure he’s somewhere close to 8lb now.  he’s currently still in newborn diapers and clothes, but i’m pretty sure we’re looking at making the diaper size jump here when we run out this next time.
he’s an easy baby, as long as he has enough food fast enough. just about all of the meltdowns we’ve had have been around me not getting it to him fast enough. everyone has joked about it, but i really do think he’s got his daddy’s temperament – he’s going to have no patience for people who don’t have common sense (well, i guess that’s mine too; poor guy is doomed). 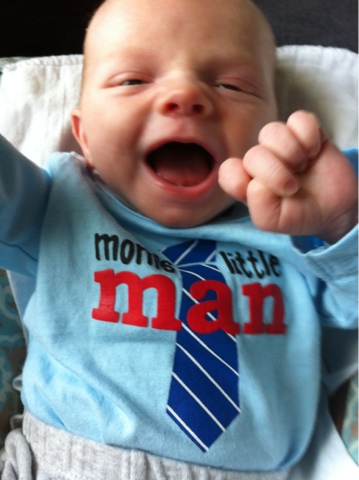 i can’t give an update without again thanking our amazing support network of friends. we have been so blessed to have such awesome people around us; its been a good lesson for me on giving up control and letting other people help. we’ve been truly humbled.
we are so so so blessed by this little man…i have to fight every urge to wake him up just to cuddle with him.
Advertisement

One thought on “Oliver – one month”